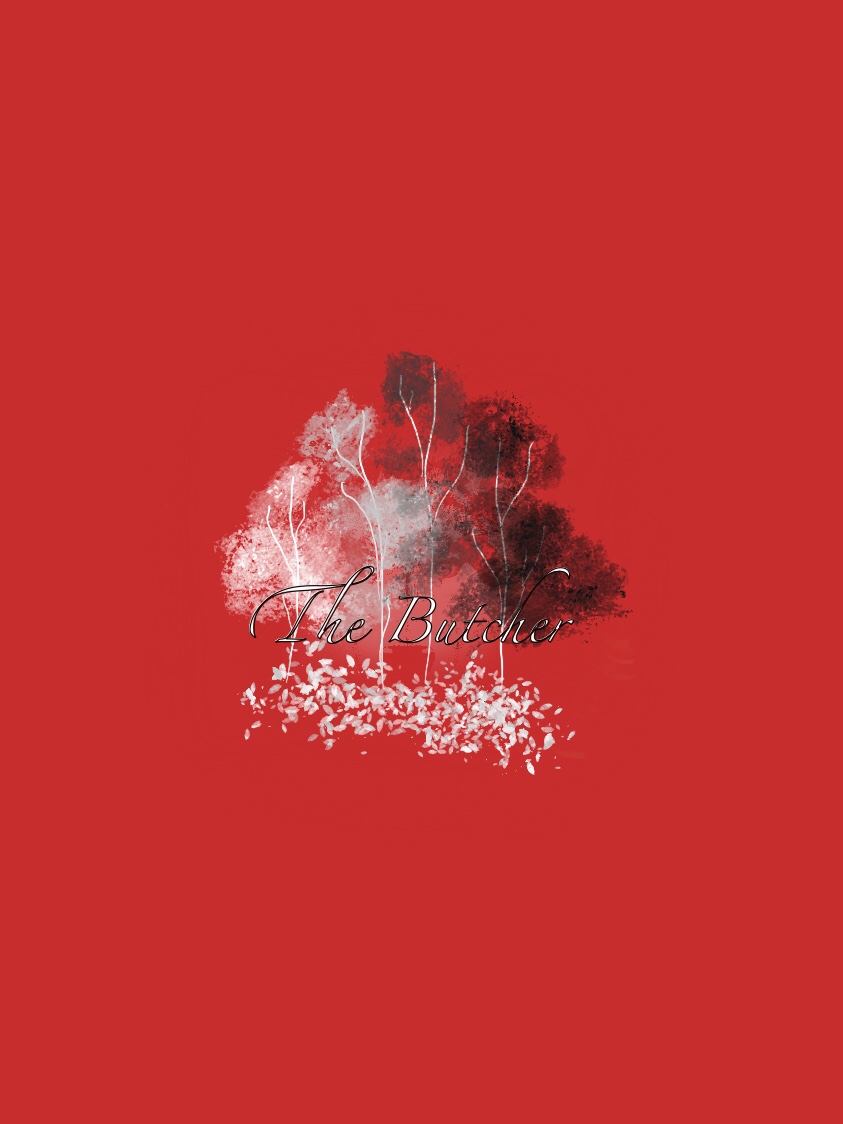 “Now,” whispered Alpha. Czar started moving, but Alpha stopped him with a soft growl. “Omega, go,” Alpha pointed with his snout to an oblivious rabbit. A few bushels hid their bodies. Omega froze, leaving the rabbit wide open for Czar to take charge. With one jump, he came out from his position and bit the rabbit’s shoulder. Aztek came out from a different angle in their circle hunting formation they had practiced a hundred times and chewed on the rabbit’s feet. Alpha looked at Omega for a brief moment, then turned to walk towards the prey.

Omega made a violent run deep into the woods. The brothers in the wolf pack had spent the last few moments pointing their snouts and mocking him. The group leader was the father, Alpha, who stared at his sons from a small hill a few meters away.

A few years prior, a group of human hunters ambushed the forest and killed the mother, Accalia, and the youngest female, Ziva. Three human males held back alpha as he watched Accalia being slaughtered by the remaining two. He remembered the way the air smelled that day, musty just after a downpour, the sound of the men’s boots as they walked upon the wet leaves on the ground. Czar and Aztek saw it too, though they were too little to remember it anywhere else their subconscious. Omega was the oldest of the three, but he was also the skinniest and looked the youngest. He remembered everything. Because of this, he was treated differently by his father.

Shame and anger propelled Omega forward, somewhere across the forest. The children never scouted alone, even if they were of age.
“Find him,” Alpha said, sauntering towards the remaining sons.
“But he is old enough,” Czar protested. Aztec assented.

Omega made a stop leaning against a tree after a good hundred yards, the rough bark scratching his forehead. He dried his tears with the top of his right paw when the sound of ruffling leaves two meters forward stopped him. He saw what he had been waiting for, a chance to prove himself. A little girl was joyously gathering apples. Dancing to no music, singing to no audience.

From the dark stepped forward, the wolf. The little girl, wearing a bright red overcoat as if wanting to be seen, hiding pale Brazilian satinwood yellow hair, jumped back startled and afraid. Omega imagined blood and massacre, but small talk and pleasantries were exchanged instead. Soon after giving Omega a bright red apple, the girl left skipping in the same innocent manner.

Behind Omega, a few contemptuous chuckles from his brothers interrupted the silence. Omega made a run for the cave.
Back at the wolf hideout, Alpha rose atop a small hill when he saw the shape of his eldest approaching. “Omega,” said the father, but Omega was already inside the cave whimpering.

A sleeping fury woke inside Omega. He remembered the surprising conversation with the little girl. He recounted the mention of a certain grandmother who lived a mile outside the forest. It would be an easy target, Omega thought. He rose, pointing in that direction. Alpha saw Omega run past him, his other two sons arriving.

Omega walked into a clearing. A group of houses forming a circle stood erect before him, each pointing to the opposite side. He found the right structure by the smell of cinnamon apple pie crumbs and ginger tea. The little girl was accurate in her description. He looked around. Everyone seemed to be inside their houses, minding their business. Omega leaned on the door on its two front legs and knocked with the base of his forehead. Twice he struck as hard as he could. The door opened.

She was short of sight, so she took the wolf for her neighbor’s gray German shepherd. She was also hard of hearing, so she assumed barks from Omega’s words. There were several pies all over, one still in the oven. Grandmother grabbed one from the countertop, removed the aluminum foil covering it, and put it on the floor. Omega did not know what to do, so the grandmother patted him on the head and slid the pie closer. The wolf opened its mouth, trying to hide its sharp teeth. Piece after piece, Omega ate the pie whole. The grandmother left some warm milk with sugar and ginger in a deep bowl on the floor, pet Omega on the head, and off she went to bed.
Satisfied and sleepy, Omega thought about the long way back through the damp, cold woods. The brothers prepared to laugh as soon as they smelled the cinnamon aroma coming from his mouth. He knew he could not return empty bellied.

He opened the door to the older woman’s bedroom and took a timid bite off her little finger. The grandmother smiled and petted him on the head. Omega felt a rush of blood, a blinding explosion, and bit off her entire hand.
Blood had never been so close to him. The taste of the meat was as repugnant as he imagined—bones’ toughness, a new texture. The screams and the growls competed for loudness, and Omega bit and chew until the black hole of eternal spoilage swallowed the sounds. Like opening a can of fruit that had a good couple of months before expiration, Omega had accelerated grandmother’s last moments, sucking her last ounces of life. She was no more.

For a few seconds, all that could be heard in that small white house in the woods were the drops of blood dripping from Omega’s mouth. He looked at a small puddle that had formed from the droplets. His reflection resembled him, but there was a slight difference he could not make out. The crimson blood reminded him of the red riding hood that was making her way there at any moment. He quickly took the sheets off the hard queen mattress and threw them on the floor. Most of the blood had spilled on the sheets, but splatters on the walls and ceiling were too high up for him to clean on his four paws.

Pacing impatiently on the floorboards, Omega recounted what had just happened. His heart rate was coming down. His breathing finding its rhythm. A haste decision was to be made as the grandchild inched in. His stomach started growling. He felt the pain of digesting meat when he was only used to eating leafy greens and vegetables. The others in the pack called him stick-bug because of his svelte figure.
One knock, two knocks, and two quicker ones followed. The child had arrived. Omega turned to an open closet in the grandmother’s bedroom and pulled down a nightgown with his bloody teeth and snout. He answered the door on all fours wearing grandmother’s blood-stained cream nightgown.
The child’s smile didn’t go away, which Omega took as a good omen. The child hugged the wolf tightly, putting her arms around his neck. Omega closed his eyes and rubbed his face against her cheek. The thought of his mother’s lifeless body being hacked away by humans entered his mind. A short whimper escaped his dripping mouth. The child rubbed his forehead just above the eyes, pressing on his bones.

The child stepped into the home and closed the door. She made her way into the kitchen and placed the basket full of red apples on the marble counter, and grabbed a knife from the top drawer.

Acceptance flowed through Omega’s veins mixed with grandmother’s blood. He let himself relax. He let go of the muscles on his face and the knot in his stomach. To his advantage, It seemed that blindness and naivety were hereditary. Then, he remembered the apples in the basket. Omega reminisced of the apple pie he had savored a few hours prior and deduced that pie-making was a family tradition passed down among generations. He decided to start this relationship right by stepping into the kitchen and help in wherever way he could.

The kitchen was empty, the basket full, the apples uncut. Cold steel pressed firmly against the wolf’s stomach and entered through the side. Again through the shoulder, and once in the back. Omega saw the world turn 90 degrees as he fell on his side. The child stood still and defiant. She held a knife almost as big as her arm in one hand and a bloody bedsheet in the other.

Omega blinked slowly until he blinked no more. The expanding and collapsing of his breath slow motioned to a stop. His eyes wide open, his tongue sticking out.

The child immediately started cutting an inch into his skin. Not more than a few hours later, like an expert at her trade, she had created a mangled coat out of the wolf’s fur, his face still attached at the top. She put on her jacket and went out to the woods with the bloody knife inside her basket. She put Omega’s face on her’s, her eyes blinking inside the holes where Omega’s vision used to be. Her blonde hair coming out to the sides. It was cold out, and the night was near. She grabbed on to the sides of the coat and covered her torso. Outside the other six houses, the neighbors stood and nodded their approval.

A pack of wolves was eating a deer near a clearing in the woods. The child approached, standing tall with her hands together.
“Omega, son, those are mighty blue eyes you have,” Alpha, the leader of the pack, said.

“It’s so I can see you better,” responded the child.

“Why do you stand on two legs?”

“So my hands are free to kill you, as my father should have.”

The child pulled her hands apart, grabbed the knife, and the coat fell to the ground. The body of a naked woman stood before them. The shape grew a foot and a half taller; her large breasts and sculpted body subdued the pack. Czar and Aztek succumbed to her charge, bowing their heads and lowering their ears. They were the first ones to die by decapitation.
Alpha looked at the child, and he recognized her eyes. They were the same eyes of the man he bit on the neck of that night years ago—the same eyes of the man who had killed Accalia.

“I have been looking for you,” said the woman.

“You found me,” Alpha closed his eyes and took a bow in surrender.

The Stoic Lumber - My Etsy Shop

Please check your email to confirm your newsletter subscription.

Many things you will find in this blog. A piece of daily wisdom.  Mindless chatter. An inconspicuous bad word or an occasional recommendation.